Your visit will start from the Arc-de-Triomphe to admire the iconic two-kilometre perspective of the Champs Elysées.
Then you will walk down to the Elysée Palace to join the place de la Concorde, where a tragic event took place when
Louis XVI was guillotined on 21 January 1793 and with him the fall of the monarchy.
Then you will continue to walk by crossing the Tuileries Gardens to reach the square courtyard of the Louvre museum.

Duration : 3 hours.
Recommended to those who desire to walk in a cultural way.
Rate : €250

An extravagant structure conceived by architect Charles Garnier, this Opera house was a prominent meeting place for Parisian high-society in the latter half of the 19th century.
The Garnier Opera was a major player where ladies made and unmade the fashion and gentlemen handled business.
After visiting the Interior of the opera house you will move to the nearby Place Vendome, the heart of French jewellery. 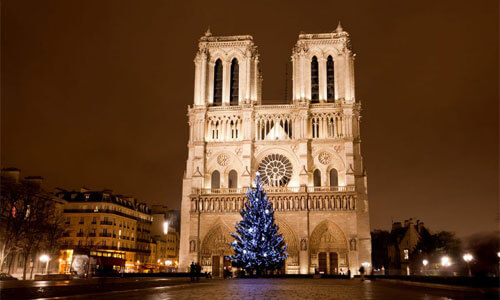 A beautiful “walk-stroll” for the pleasure of discovering the historical birth place of the city of Paris. The visit includes 3 places: Notre Dame Cathedral (does not include climbing the towers). Then walking you will reach and visit the Ste Chapelle with its famous stained-glass windows from the 13th century and the Conciergerie jail where queen Marie-Antoinette was imprisoned before she was beheaded during the French Revolution. 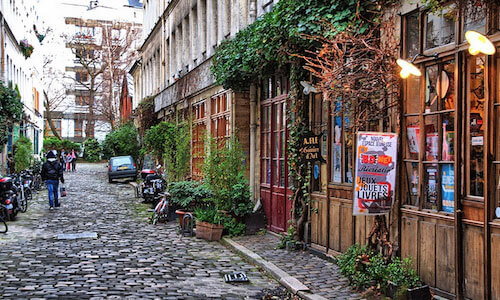 The Marais district gets its name from its location: once a marshland (‘marais’), it has been inhabited ever since it was drained back in the 12th century. Since the 16th century, the pure air attracted King Henri IV who created one of the finest square in Paris, the well-proportioned square known as Place des Vosges. As a result, the aristocracy built several private mansions and gardens dating from the 17th and 18th centuries. In the 19th century, the district became a shelter for the Ashkenazi Jewish families fleeing persecutions in Eastern Europe. Consequently, you can observe many features of the Jewish culture such as Kosher food stores and synagogues. This quarter is also well worth exploring for its old-world atmosphere and its offbeat and trendy shops and restaurants.
There are plenty of gay-owned bars, shops and clubs in the Marais, as it is France’s biggest gay district. 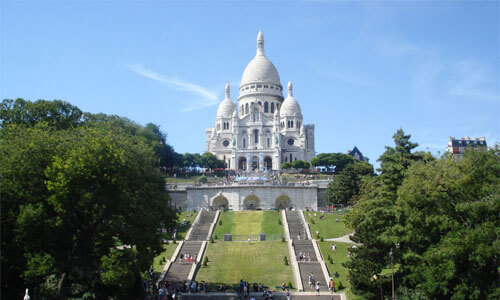 Paris is often called the city of a hundred villages and it is perhaps in Montmartre you will have the best feeling of being in a village.
Visit to the Sacré-Coeur basilica, the St Peter of Montmartre church, the oldest church in Paris.
Walk through the picturesque lanes around this historic area, strolling the Place du Tertre and its famous caricaturists, the Montmartre grapevines and the places of remembrance
of the impressionist and avant-garde painters.

Duration : 3 hours.
A beautiful promenade in the Bohemian Paris
Rate : €250

From the first schools established during the Middle Ages until the free-thinking existentialist philosophers, the Latin Quarter has been the intellectual centre of Paris.
At the sanctuary of Pantheon visit the tombs of eminent French personalities who made the history of the French Republic.
Walking tour in the Sorbonne University area (founded around 1150, it is the oldest university in France), Luxembourg gardens and then continue the walk in the Latin Quarter lanes, the last vestiges of the Middle Ages in Paris.

Duration 3 hours.
To get deeper knowledge of the French mind.
Rate : €250